A hackathon for high school and college women in tech 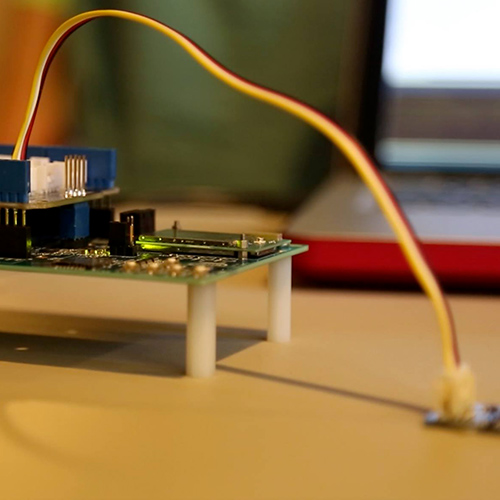 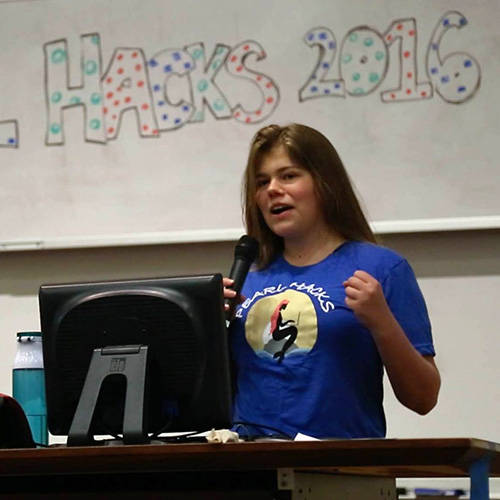 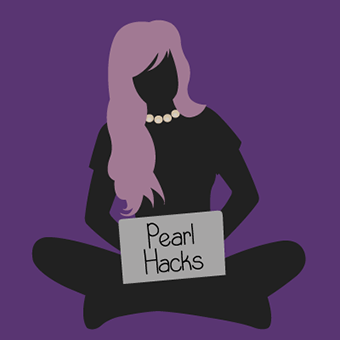 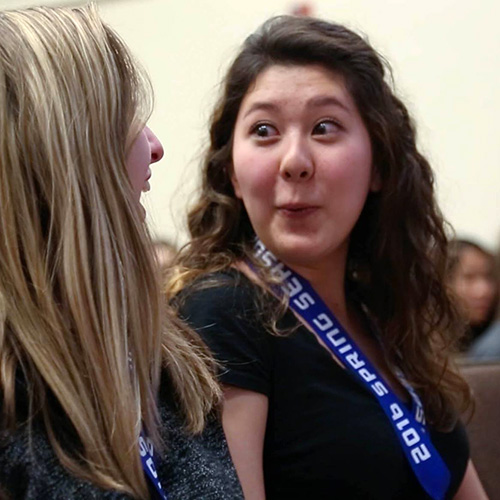 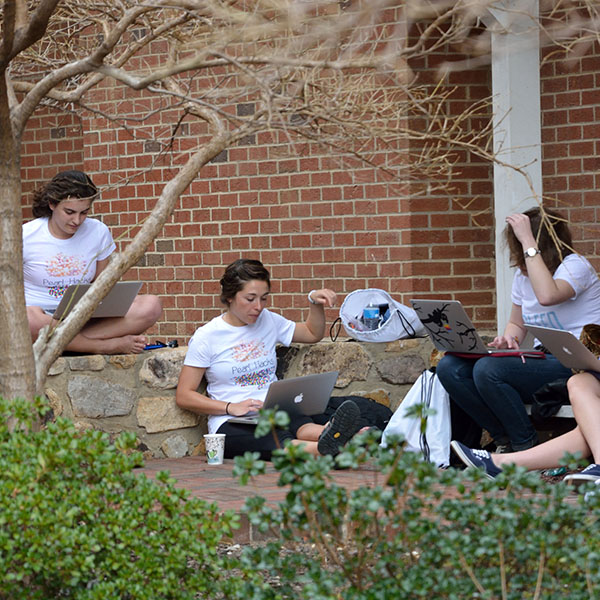 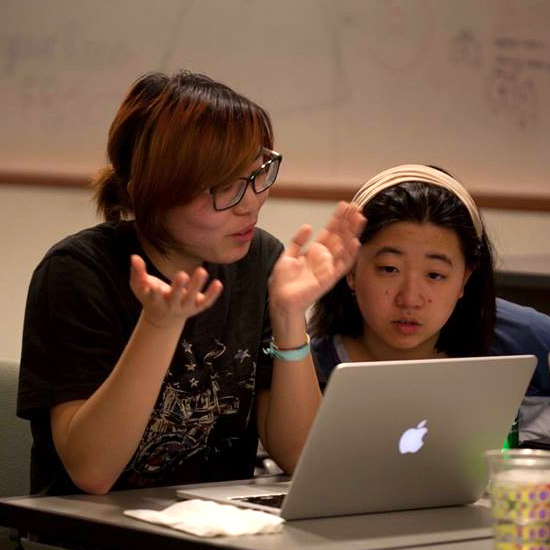 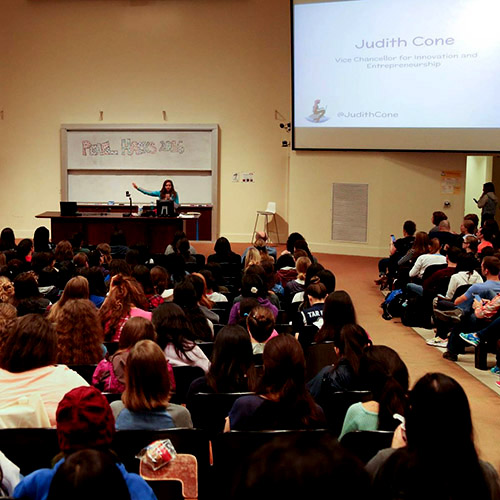 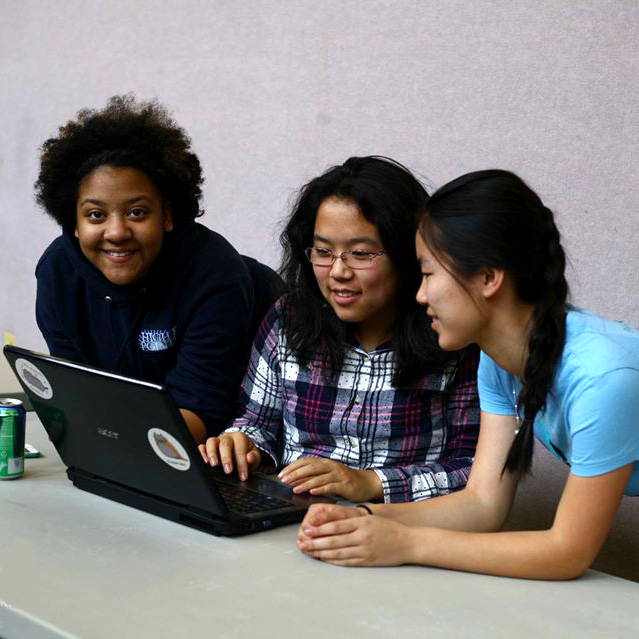 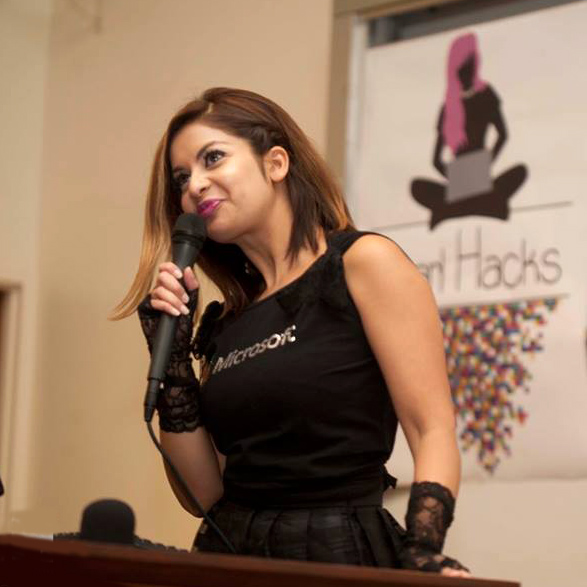 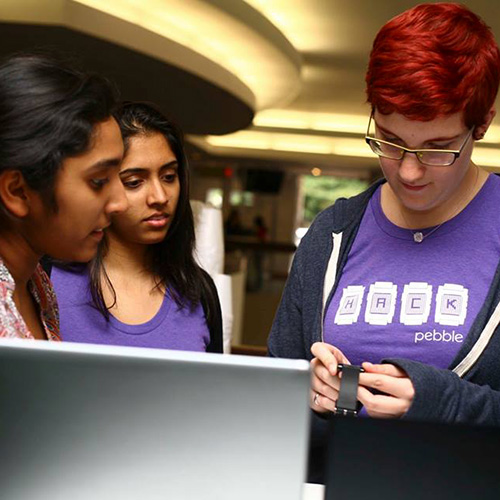 I was in college when university hackathons became popular for computer science students. I loved meeting new people at the events and learning from industry mentors. However, while I was at a hackathon in November 2013, I noticed that there were far less women than men at the event. The gender gap was even larger than what I was used to at school and in the industry. I started to talk to friends about what was keeping them away. They cited reports of sexual assault in nap rooms and smaller issues like womens' restrooms turned coed to meet the unbalanced gender demand. However, the overwhelming common thread was that they didn't consider themselves "hackers," and they were intimidated by an environment they didn't feel qualified to compete in.

A change was needed - I believed women would not start coming to these events until they felt like they were welcome. University hackathons desperately needed a base of women who felt comfortable inviting their female friends along for the weekend. With all of this in mind, I decided to organize a hackathon with the purpose of building a community of women who loved to code, learn, and solve complex problems with each other. I had just attended my first Grace Hopper Conference and was inspired by the female tech community that event was able to bring together (GHC has tripled in size since 2013).

Creating a logo and building the website was just the tip of the iceberg. For three months I worked to raise money, recruit about 50 mentors from over 15 tech companies, and coordinate logistics for the day of the event. It was an all-consuming project, but I learned so much about how to organize people, communicate ideas, book charter busses, etc. In late March 2014, 200 college students came from universities as far away as California and Illinois to participate in Pearl Hacks in addition to 50 local high school girls.

It was amazing to see my dream come to life in the eyes of everyone involved. One UNC student, who had repeatedly stated that she "wasn't the hackathon type," won the grand prize, an all-expenses-paid trip to the 2014 Grace Hopper Celebration. Another girl came up to me after the awards ceremony and said that a week earlier she had decided to drop her computer science major, but after Pearl Hacks she was determined to stick with it. It turned out that these were the first of many inspiring stories about how Pearl Hacks encouraged women to pursue their passion for engineering and technology. 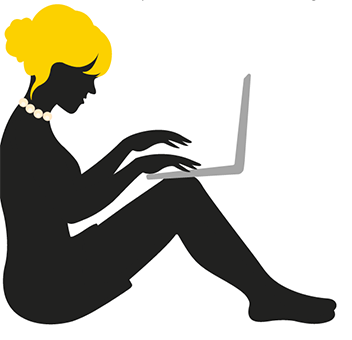 The second Pearl Hacks doubled to 400 high school and college students, plus 100 mentors and volunteers. Students came from 80 colleges in 14 states. The best part of this second event was how many participants from 2014 came back and brought their friends with them. It took a lot of my time and energy to keep Pearl Hacks going, but I think having a consistent director helped foster the sense of community for both participants and sponsors.

In order to scale the event and prepare for my graduation, I trained a team of 10 organizers to work on sponsorship, food, transportation and mentor/workshop coordination. Those organizers are now acting as directors of Pearl Hacks 2017 and they have expanded the team to include about 30 UNC Women in Computer Science. Before graduating I was honored with the University Award for the Advancement of Women for starting Pearl Hacks.

Expanding the vision and brand

The first year, the team that won first place made a Django app about sexual assault on college campuses. They scraped college newspaper websites to collect data about the sexual assault story that was coming together across the country (read more on the team's blog). Inspired by their project, I created a new category prize for the second year called the "Pearl Hacks prize." Now a recurring prize, it encourages teams to focus on human trafficking, sexual assault, women's issues, and sexual health. Members from that first winning team formed a media startup called Driven Media to tell the everyday stories of women.

I also led a design team in redesigning the Pearl Hacks brand for the second year. The original logo wasn't very versatile for different materials and display environments. Our goal in redesigning was something more monochromatic that would be more flexible. I also wanted a personable brand that our female participants would identify with. Our solution was a silhouette of a girl working on a laptop. We incorporated the brand into an interactive website and printed shirts in different colors to match. We kept the original pearls and bits logo as a more official masthead. 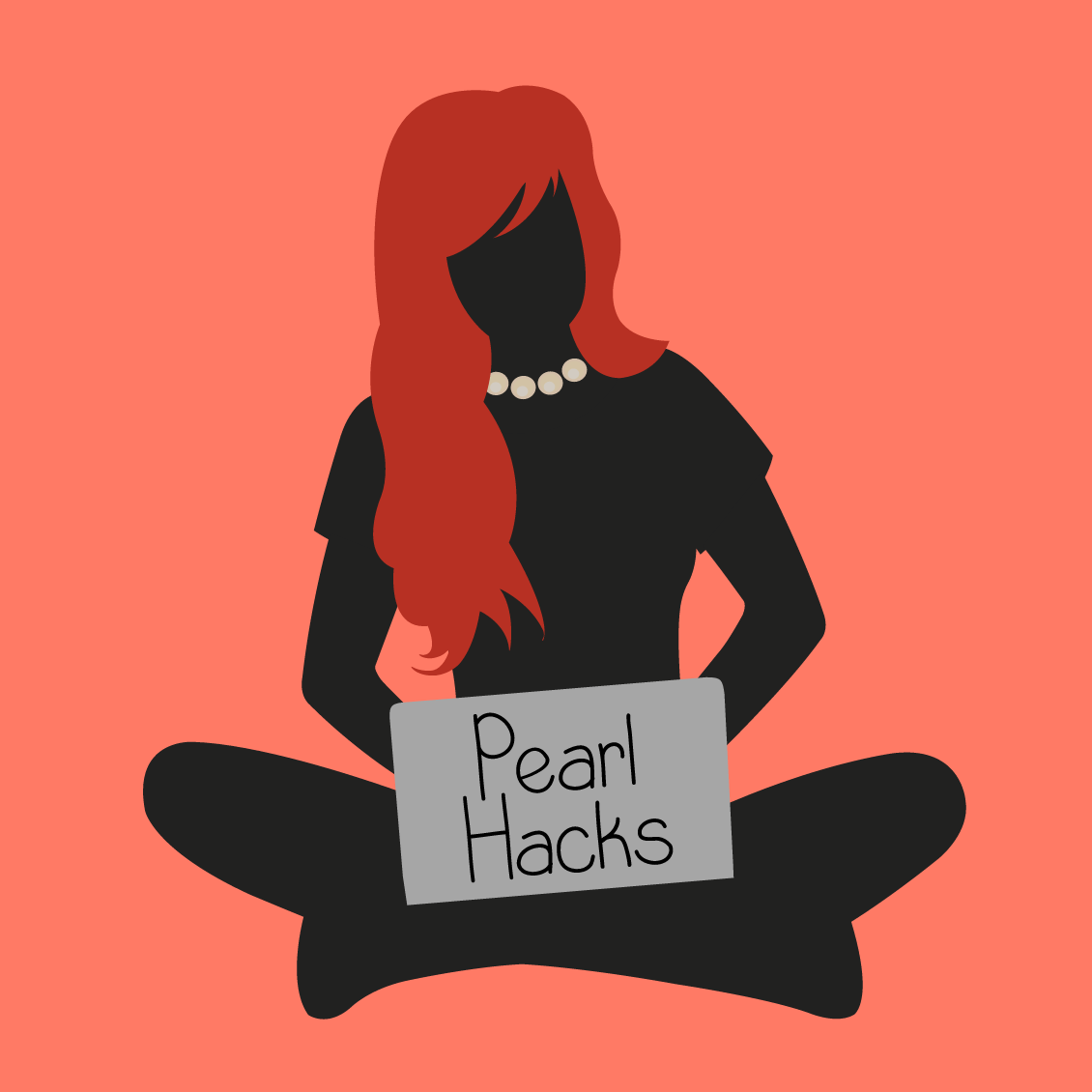 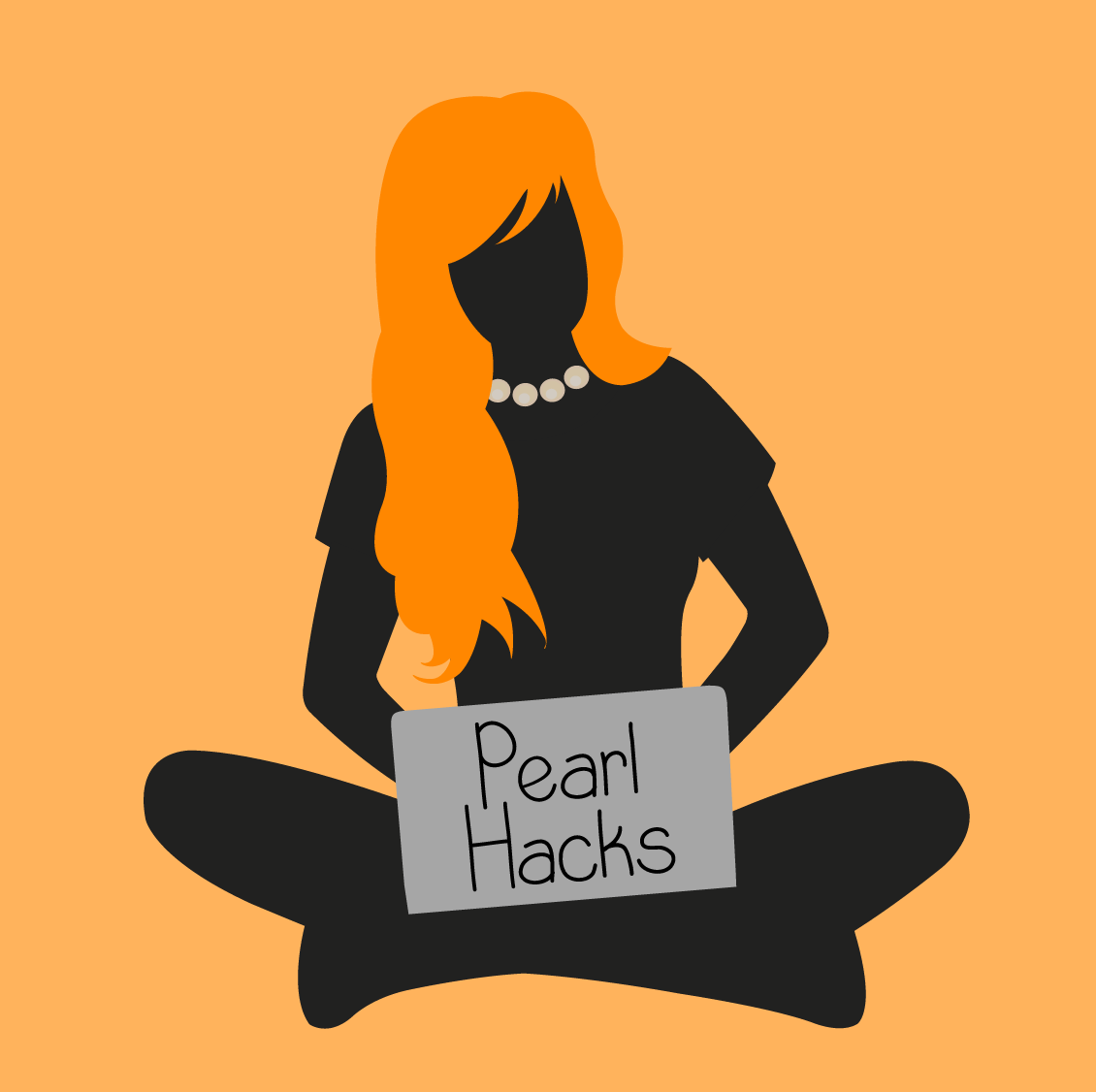 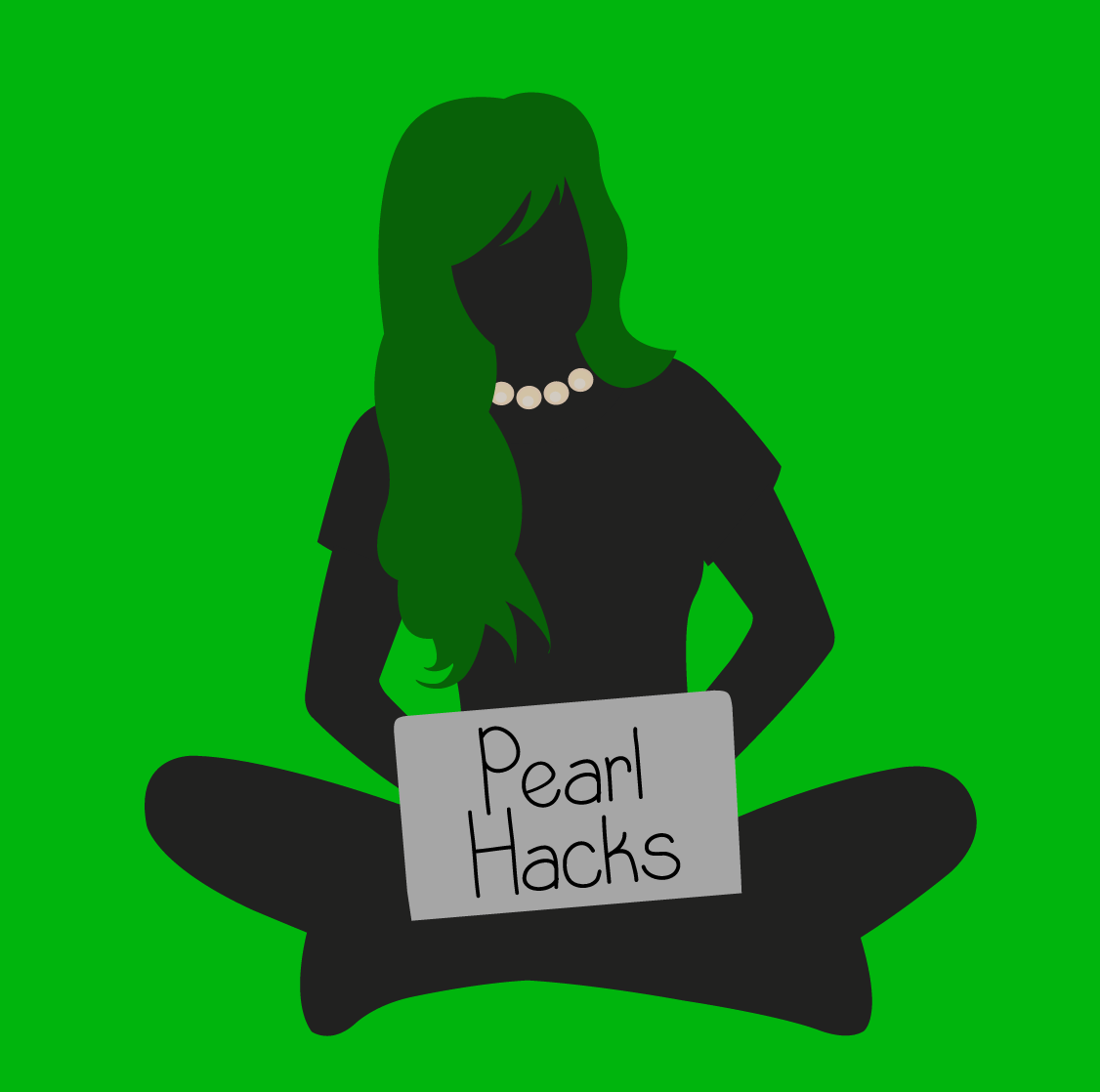 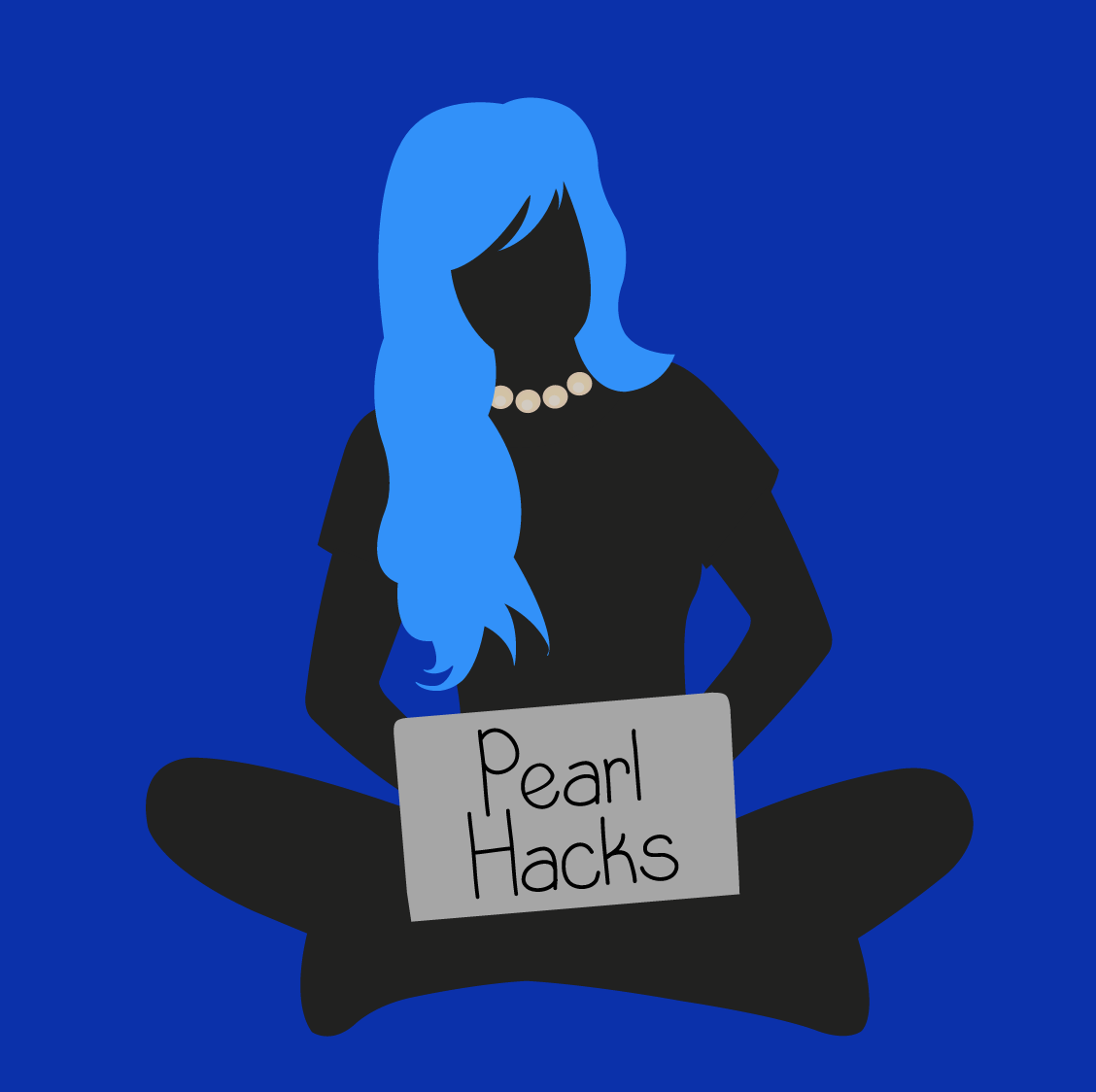 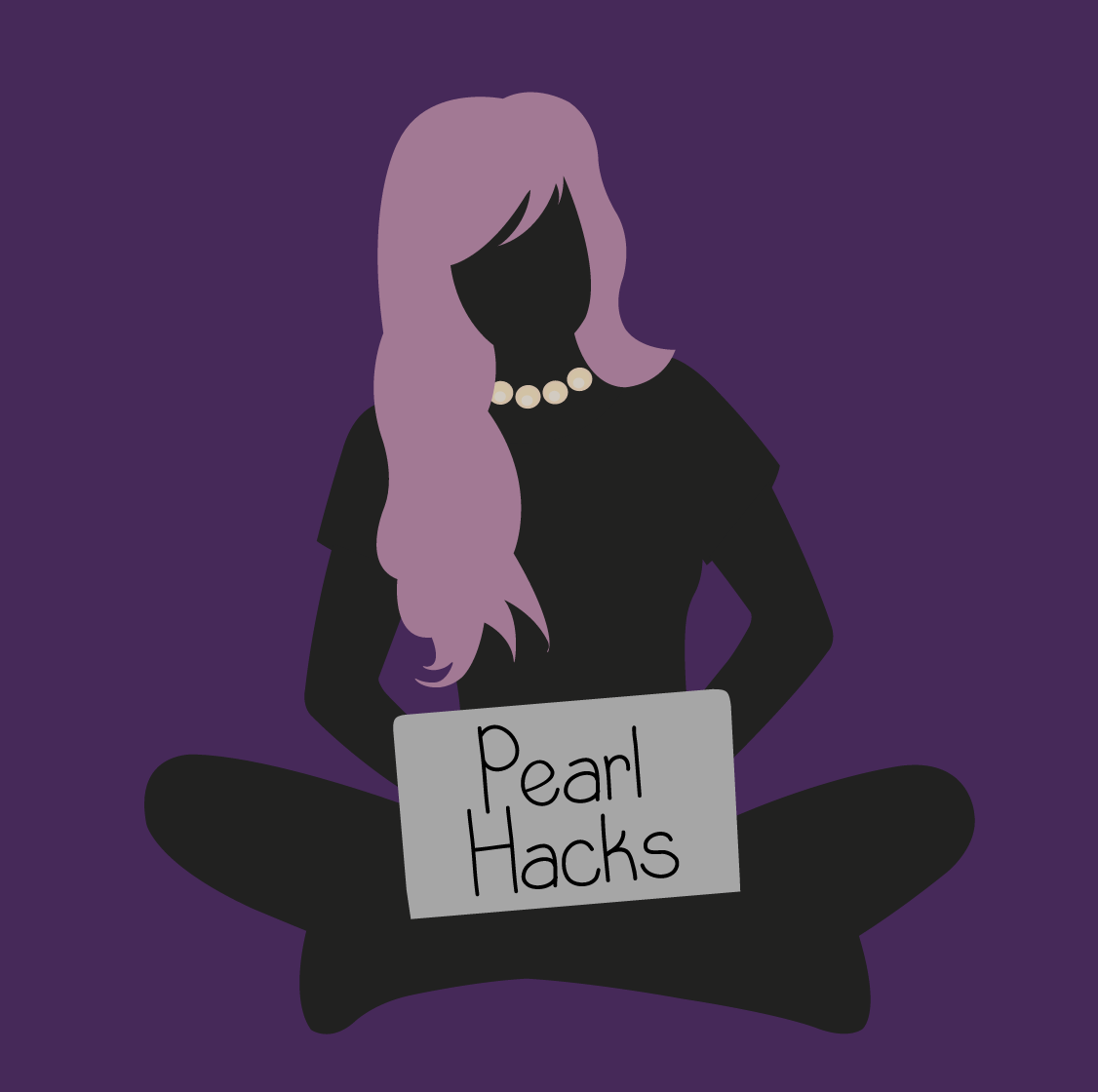 I have been totally hands-off in organizing the third and fourth Pearl Hacks since I'm not a student anymore. I returned for the third Pearl Hacks as a technical mentor from Google. In addition to helping teams with their projects, I taught a workshop on D3.js and moderated a roundtable discussion on working with and thinking like designers. It was wonderful to see how the event evolved under the new directors and organizing team.

The movement that started with Pearl Hacks over three years ago has turned into something much bigger than a 500-person event at UNC. MHacks, one of the largest university hackathons, invited me to speak at their Women@MHacks event. Additionally, hackathons for college-aged women began appearing all over the country in 2015. I have advised many of the founders and directors of these events, listed below: 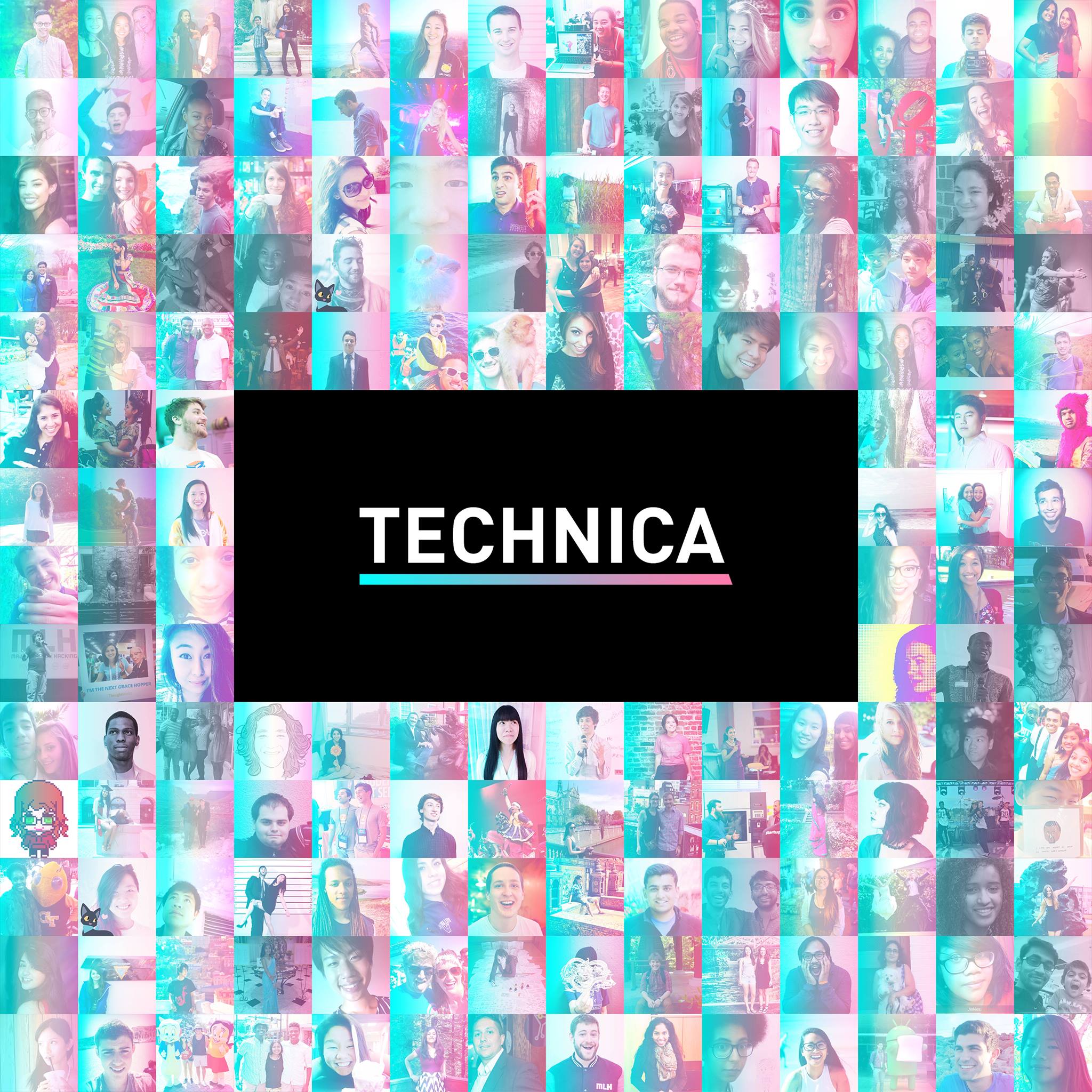 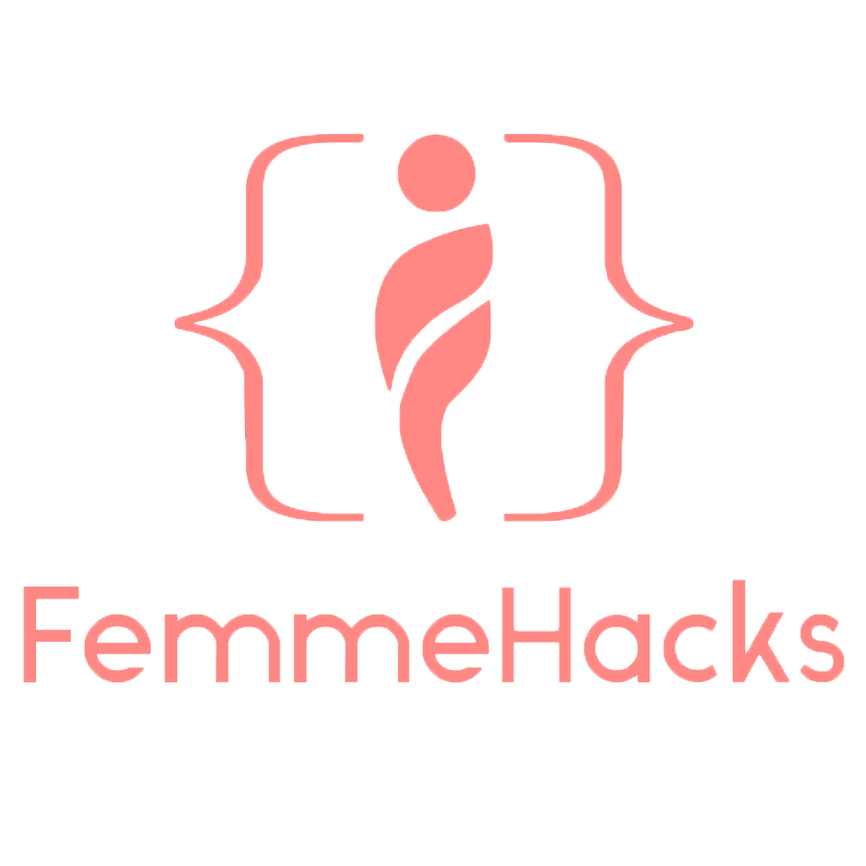 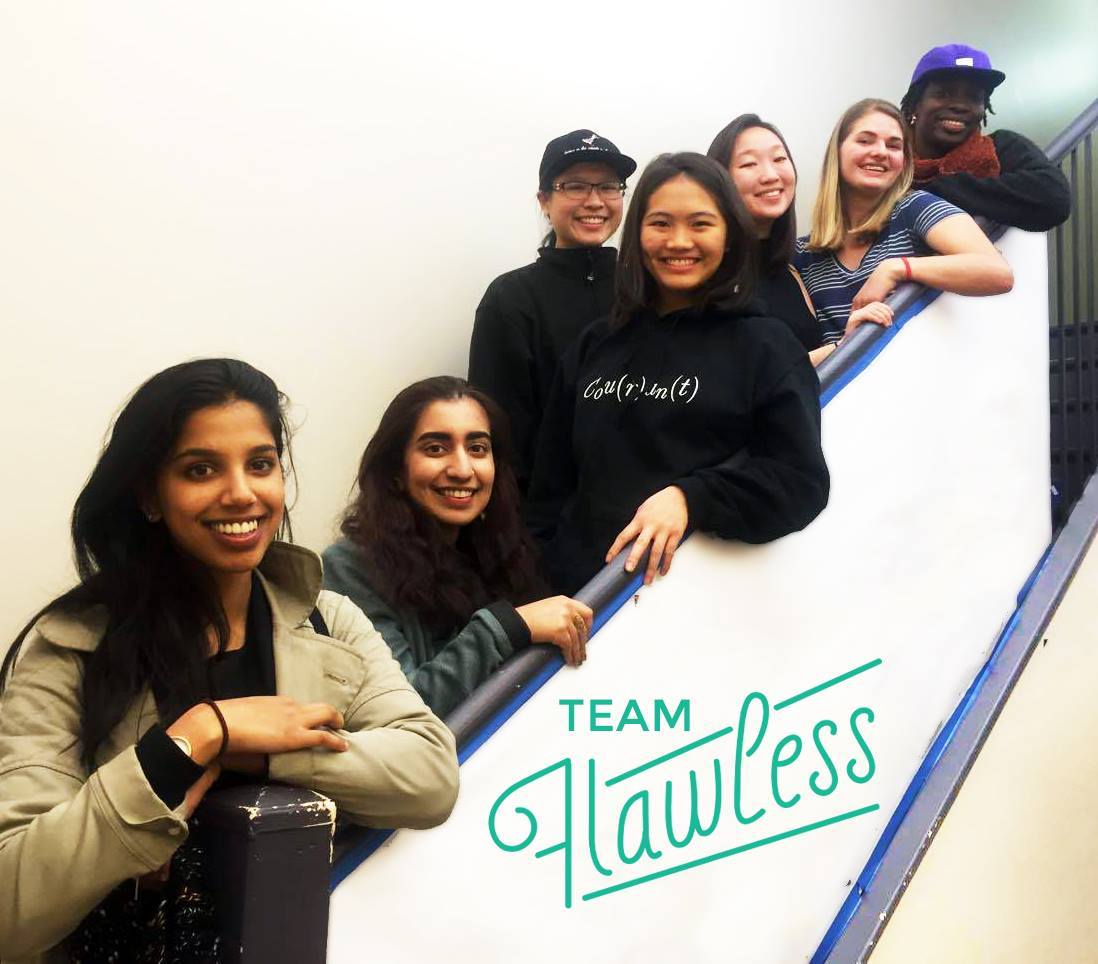